wamu wamu 2 is the sequel to wamu wamu

it is an experimental game that is about pieces of fruit that are infested by big worms
please clean the poor fruits :(

I also experienced the jump bug. It looks like the player is jumping a very tiny amount when I press Z, but only high enough to get me into one out of the three fruits.

Is it possible you're putting gameplay logic in Update() instead of FixedUpdate()? You have to detect keypresses in Update(), but after that it's better to update actual game logic in FixedUpdate; that way it'll run the same on different machines, regardless of framerate.

Jump doesn’t work for me either. I wish I could play. (On Windows)

When I press "z" to jump nothing happens for me.  White sparks come out of the characters legs and it lifts about a pixel but that's it.  The game seems unplayable for me currently.

Tried re-downloading/installing but still no good. :(

I love the design and look of it, but I wasn't able to figure out how to get inside the fruits

Reply
From the end games3 years ago

Wow! Really love this one!! So cuuuute! 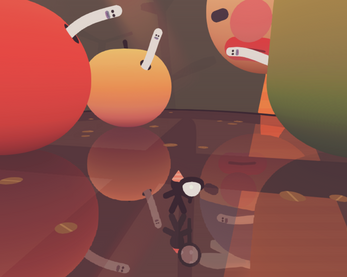 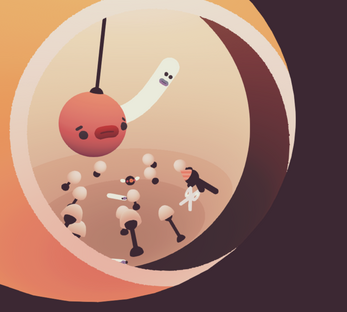