Uniseas is a real-time strategy game about pirates.

You play as a newcomer, eager to dominate the new world.
You capture islands, raising new homes and shipyards. You build small boats for trading and big ships for taking over more islands!

However, you are not the only one with big dreams. Your ambitions are contested by 3 other pirate captains:

Your relationship with each of them can influence your chances greatly. Once one of them becomes fully hostile towards you, the captain will come out with their flagship and attacks you. Defeat this boat and they will be  wiped out!

You will need to defeat each one of them to win the game.

Kepler The Inmate17 days ago

does it works for 32x bits?

this is a really rad game I’d love to see fleshed out with some more features in a sequel / deluxe edition (same kinda way you did soko loco), if the inspiration strikes. Well worth the $3 as-is, but I’d love to see a $10 or even $15 version of this game.

Private multiplayer (I know, big ask!) and a bit more variety in maps and units are the main things I’m after.

This is a very cute little game! I really love the graphics, especially the whole "contour map" water effect looks super cool. The mechanics are actually pretty well designed, too. It seems like it'd be tough to master, though "mastering" it isn't really necessary to beat the CPUs. I was craving online multiplayer, but I totally get how that's outside the scope of a $3 game.

is this game done with layer stacking seems like it?

This is the first of your games I've purchased.  Show that you are developers who care and I will happily purchase more.  Don't be like most developers who just want to make money.

You'd be surprised how many developers would rather not worry about "making money" and wish they could just create without having to worry about financial logistics. I've played a bunch of Sokpop's games, and I'd guess they fall into this category.

Sokpop generally does very shortform games that can be rough around the edges. Sometimes it's hit-or-miss... but because of how prolific they are, they can do a lot of exploration into unique gameplay and art styles. Sometimes, like with The Hour of The Rat, they hit gold. I personally love games like that, and I don't necessarily expect them to always have features like pausing and saving, which could have taken more time to implement. However if you do want to try a more polished Sokpop game I'd recommend Popo's Tower or Helionaut.

As for exiting, it's usually not difficult to add, but it's easy for developers to forget some people don't just hit Alt+F4 when they want to close an app.

This is a game I can find myself playing a lot in my free time. It's simple yet fun, I really enjoyed my time playing it. And will continue to play it off screen as well.

Consider watching the video where I play this game third!
Reply
washoku.jm1 year ago

How do you quit the game? I always need to go to the task manager...

Whenever I'm getting things going it seems to crash with this error :/ 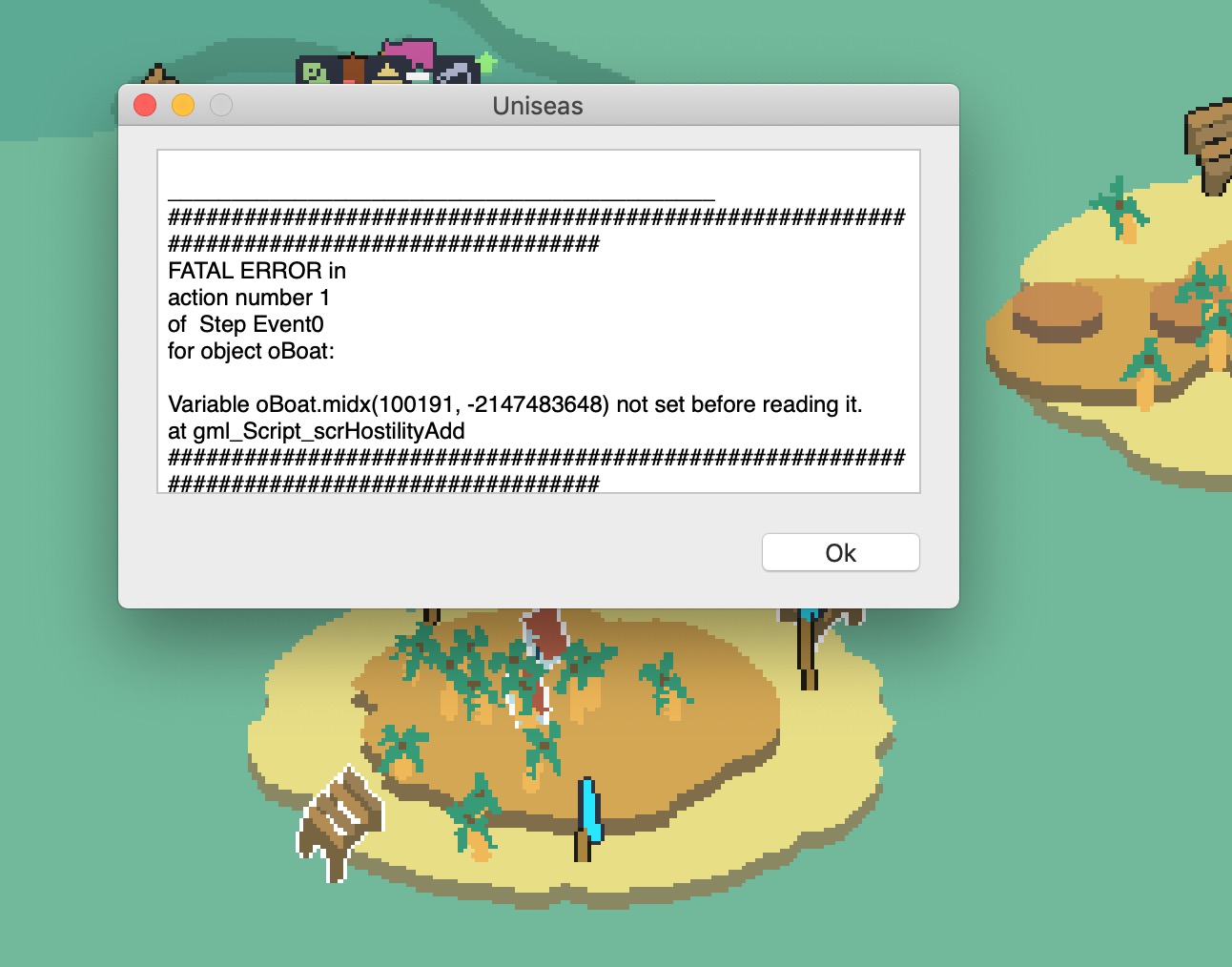 will this game come to steam and will i get a key later on if i buy it ?

What game engine is this using? Reminds me of unity.

I need GNU/Linux version. If you already have a version for MacOs, please launch one for GNU/Linux.

Although I also would like that, the shaders don't work properly (at least for some games) as I got one of them to build a linux version of an earlier game. It was unplayable. Might've been something on my end but even then I understand its too much work for them.