💦 Use magic spells to knock each other off the island 💦

awesome, this game is made with gamemaker?

Anyone got a gameplay video?

My game seems to be super buggy, I know this is a little later than the other comments but I just got it and I can't use my controller (admittedly it is a Switch Pro controller) and if I use the keyboard and mouse setup the game sometimes wont let me move my character at all, most of the time I can though. I also seem to cast spells from another AI wizard instead  of mine and I don't unlock any spells from it or anything, though the AI still moves its wizard on its own. Finally when I press 2 (and hold) the spell casting bubble comes up for my character but instead of the mouse the line draws based off of my characters movement on the map. And also I don't get those little bars from the gif above, I don't know if that's a glitch too or if that's just something I missed. It's basically unplayable for me, I hope that this is just something that happened to me.  I really don't want my buying of this game to be in vain, I am still super exited to play it.  EDIT - I reread the controls and I have figured out what is happening, basically right click is assigned to 2 and left click is to 1, I feel like an idiot since part of it is just me misunderstanding how the game controls, but I can't remap controls so it's still messed up.'

Which controller would you suggest for playing this on Mac?  Thank you.

I think PS3/PS4 controllers work automatically on mac but I'm not sure. Otherwise it should be possible to play with xbox controllers.

I would give this a 2/5, not the best sokpop game even though the graphics are great

Sorry to hear that!

I think the game definitely turned out different than I imagined. The game is really optimized for playing with controllers, I think that that covers most of your issues at least. Thanks for the feedback nonetheless!

I didn't want to come out as rude, thanks for understanding! If I had a controller I would definitely try it. 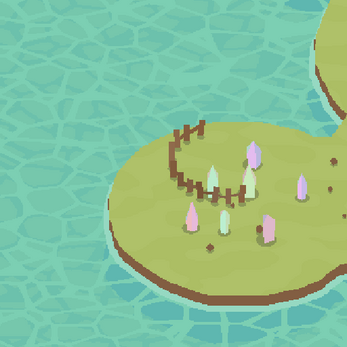