Goblet Cave is a first person cave exploration adventure game. Explore a treacherous, procedurally generated cave. Use ropes, bombs and platforms to navigate deep into the cave, in search for the Goblet!

Unplayable because of the slow movement speed  ;-; sad because the game looks really spooky and fun, and I wanted to try it!! Idk if it's a problem with just the Mac version or with Windows too, but until there's a fix, definitely skip this one.

EDIT: ok, after attempting to play for a while, there are even more problems... framerate is really low, ropes freak out when I throw them, the WASD controls reverse randomly (forward becomes back, etc), movement speed is even slower in the cave. My computer probably isn't beefy enough to handle the game. I have a mid-2015 macbook pro, so if you have anything as old as that/older, skip this one!! I've heard that lowering the resolution resolves the movement speed issue on windows, but for me, no dice.

Goblet Cave translated spelunk in a way I didn't know I needed! It's aready one of my favorite games of Sokpop.

Said that, It would be awesome to see some quality of life improvements:

-Ladder and girder placement is finnicky  to the point of rendenring them    useless sometimes.

-Bombs are too underpowered to be of real value.

Besides those, there's some bugs that are really frustrating after investing time in the cave:

-Sometimes the dialog for bringing back sons is not triggered (I've never    been able to deliver all three because of this).

-Cave gen sometimes made entry-less starts, making me worried that    there's no garanteed path to the Goblet (I never found it). Considering    rubies are a finite source, I got stuck with no way of buying more bombs to    keep looking even after hitting bedrock.

I'm a Patreon supporter, never been to anything else but for Sokpop. I'm very hopeful of this one getting a second treatment, simply because it's so much fun.

I think this is a glitch but my forward move speed is really really slow... much slower than the merchant guy. I barely crawl forward. 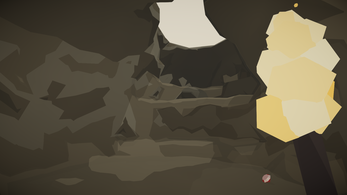 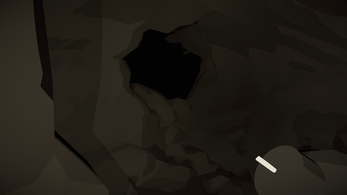